The incubator Uminova Innovation, Umeå, has for some time been working more intensively with business support for start-up gaming companies from the region. Two of the companies, The Fine Arc Nordic and Frostspektrum Interactive, attended the games fair Gamsecom together with business developers Fredrik Nyström and Peter Bäckström from Uminova Innovation and Enterprise Europe Network.

Gamescom in Cologne brings together everything from gamers (advanced players) to game developers and business executives from several of the major players in the gaming industry such as Ubisoft, Electronic Arts, Xbox / Microsoft. At the public part of the fair, gamers queue for hours to catch a glimpse of upcoming versions of games such as Borderlands, Cyperpunk, FIFA or Final Fantasy.

During the fair, the companies were able to use a variety of platforms to book meetings, one of them was Gamesmatch organized by Enterprise Europe Network.

For gaming companies that are at a relatively early stage, many new valuable contacts for the future was made and in meetings with other developers, gaming ideas could be tested and experiences exchanged around pricing, marketing and more.

“Most valuable is all new contacts and exchanges with other indie developers,” says Oskar Wahlström founder of Frostspektrum Interactive.

The meetings that Oskar Wahlström attended were so positive that he is already determined to return to Gamescom 2020 to further develop the business relationships he initiated during this year’s fair. 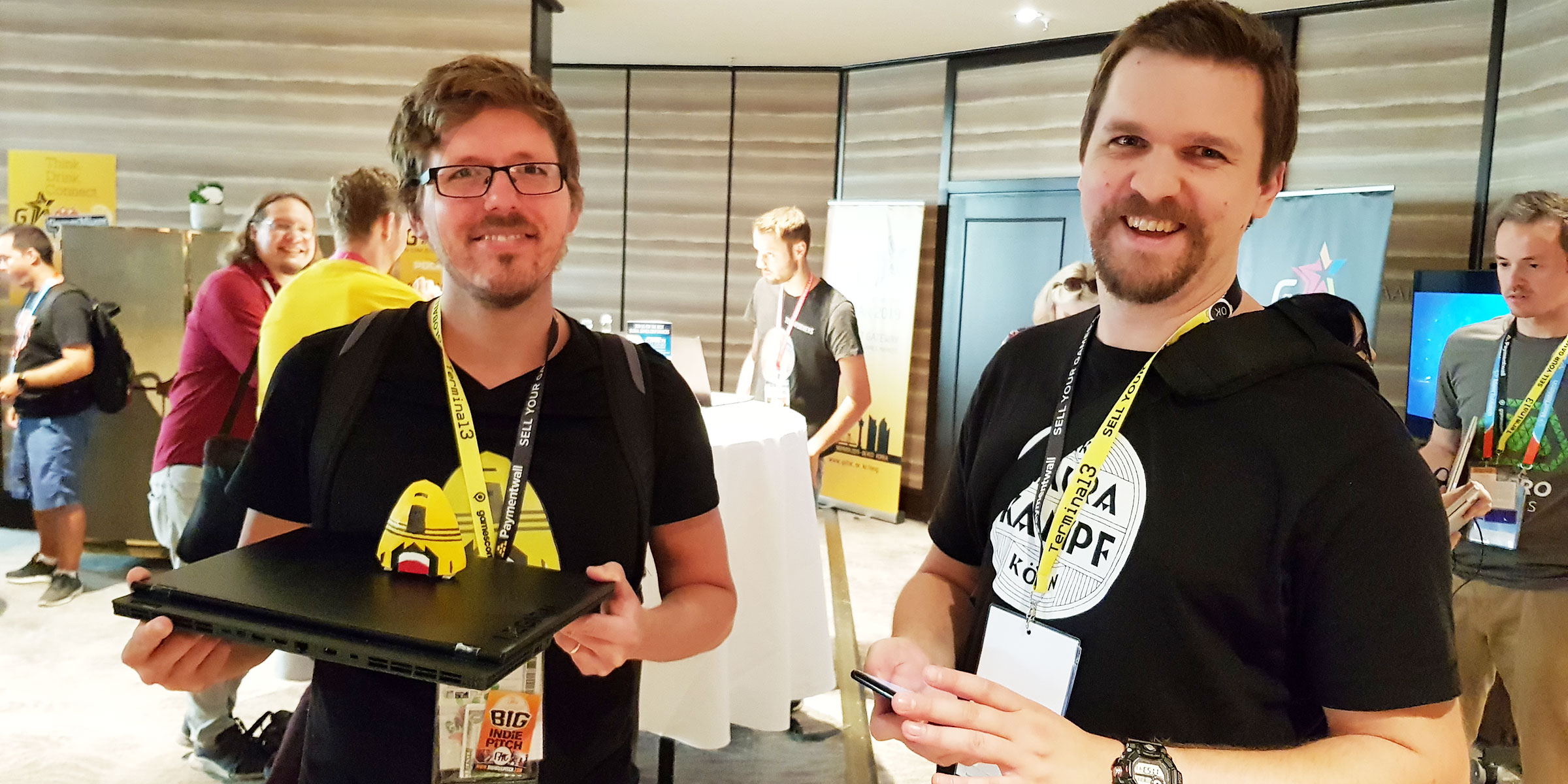 Per Fransson and Daniel Olofsson, founders of The Fine Arc Nordic, aim to land an investor or publicist for their indie game this fall.

“Gamescom was a positive experience and as a newly started indie company, it was cool to experience how open and helpful the attitude is in the industry, even at a global level,” says Per Fransson.

He adds that nothing comes for free so it is important to take the chance to pitch the game idea during both formal meetings and spontaneous meetings.

The Fine Arc Nordic was also selected as the only Swedish gaming company to pitch its game in the Big Indie pitch PC competition, in fierce international competition. Although they did not reach the first place, the feedback from the jury and the contacts was a valuable result of their participation.

“Being out in good time with planning and meeting bookings is important in order to meet the most attractive publishers and investors at Gamescom,” Per Person comments. 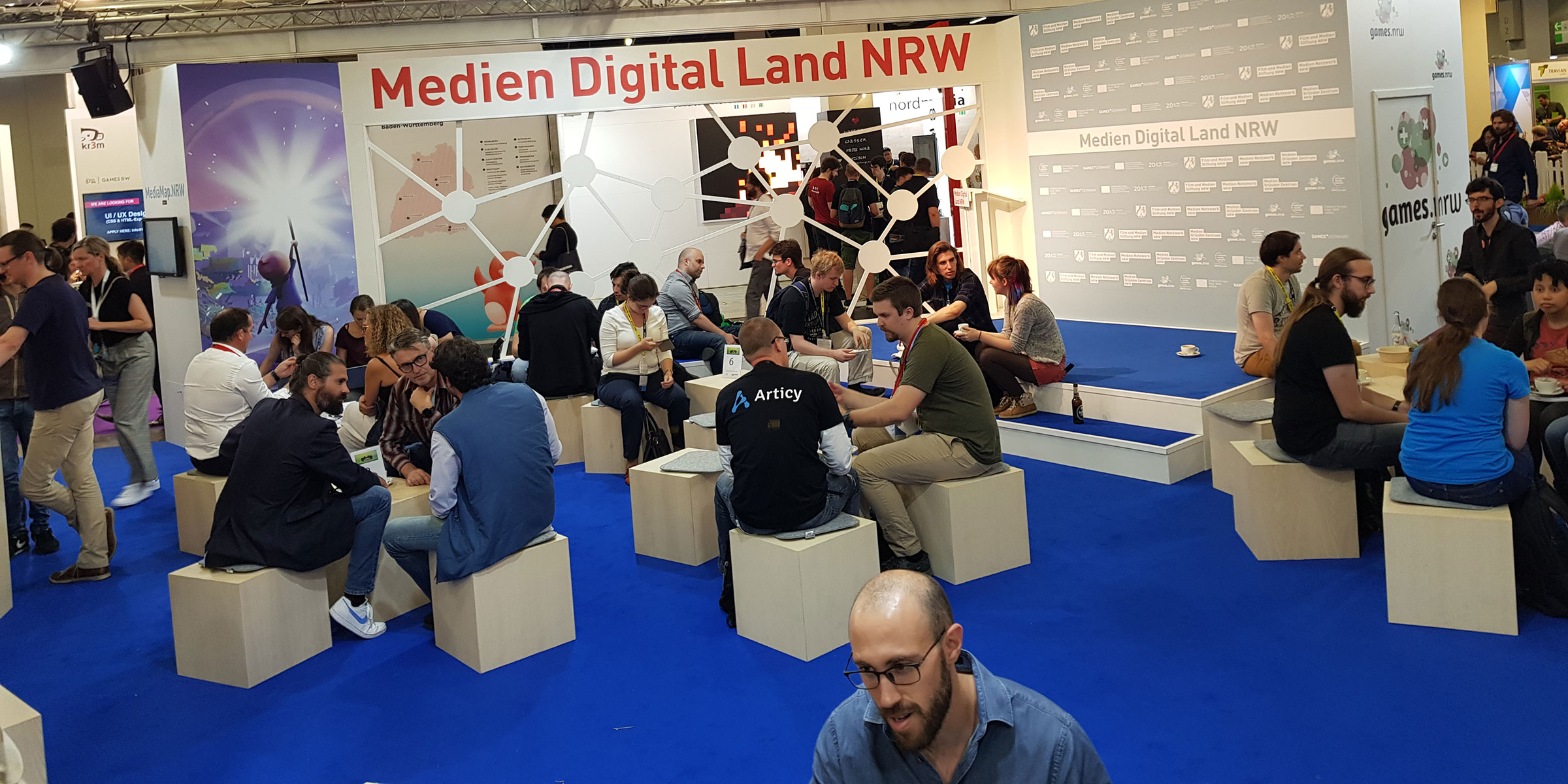 Valuable meetings can give great opportunities for future business.

For Uminova Innovation, this type of international effort is an important part of business support.

“Being able to help the companies so they get the maximum out of their participation is important,” says Peter Bäckström, business developer.

“It is important for startups to form an idea of how the industry works and to talk to people in the entire value chain about their products, from gamers to publishers, suppliers, investors and competitors,” continues Peter Bäckström.

“For Uminova Innovation’s focus on game development companies, it is central to be able to prepare and introduce the companies in the gaming industry and to early verify their game development projects against their target group and, for example, investors and game publishers,” says Fredrik Nyström, business developer.

“Gamescom is therefore an important meeting place where the companies have a fantastic opportunity to book a meeting with gaming publishers, investors, and industry people and get valuable feedback on how their projects stand in the competition,” Fredrik Nyström says.